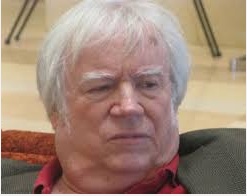 Jim Fetzer, a former Marine Corps officer, has published widely on the theoretical foundations of scientific knowledge, computer science, artificial intelligence, cognitive science, and evolution and mentality. A magna cum laude graduate of Princeton who majored in philosophy, he earned his Ph.D. in the history and philosophy of science. He has received many awards and forms of recognition for his teaching and scholarship. McKnight Professor Emeritus at the University of Minnesota Duluth, he has also conducted extensive research into the assassination of JFK, the events of 9/11, and the plane crash that killed US Sen. Paul Wellstone. The founder of Scholars for 9/11 Truth, his latest books include The Evolution of Intelligence (2005), The 9/11 Conspiracy (2007), Render Unto Darwin (2007), and The Place of Probability in Science (2010). He has edited a new series for moonrockbooks.com, which include And I Suppose we Didn’t go to the Moon, either (2015), Nobody Died at Sandy Hook (2015), And Nobody Died in Boston, either (2016), America Nuked on 9/11 (2016) and From Orlando to Dallas and Beyond (forthcoming) He brings together the best experts on each of these events to separate reality from illusion.