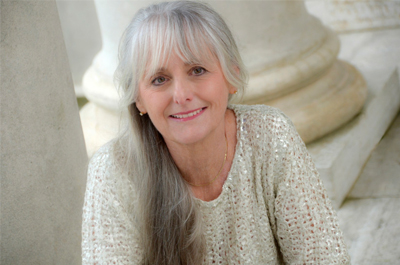 Every fiber of Lucia’s being exudes spiritual teaching and knowledge. She serves as a mentor to thousands of spiritual aspirants around the world.

Her exploration of consciousness in this lifetime, which has spanned almost 50 years, originally drew her to the study of Hinduism, Zen, Mysticism, Advaita, and Vajrayana Buddhism. She was ordained, not as a Buddhist nun, but as a monk—one who has received the complete, esoteric teachings.

At this juncture, Lucia has moved beyond disciplines and titles. She fully embodies her own wisdom, gained via many lifetimes of experience. She is an eclectic landscape—a multi-dimensional playing field of creativity, fearlessness, and magic.

One of the most startling aspects that radiates through Lucia’s petite demeanor is her warrior persona.  It manifests as a dog-with-a-bone attitude, a trait she uses to accomplish things that would leave most of us trembling. Most notably, in this lifetime, she facilitated the dismantling of the underlying structure of the Patriarchy, a collaborative effort that is captured in her award-winning book, Unplugging the Patriarchy.  More of a mystical experience than a book, it has helped thousands of people shift their perception of the troubled world in which we live.

This lifetime, however, is only one example of Lucia’s sacred activism. A master technician of imprints, she has been instrumental in facilitating structures in consciousness throughout the history of the Experiment in Consciousness—accessing them from her DNA, dropping them into the field of the planet, and then dismantling them when their purpose has been served.

A highly trained Mystic, Lucia is a walking encyclopedia of the mystical arts, a master of navigating alternate dimensions. As a mystical Stalker, she can ferret out the root of your problem. As a Dreamer, she can mentor you how to dream a more refined life and, ultimately, dissolve the dream to move into formlessness. As a Manifester, she can conceive of something then magically allow it to come into form.

After many lifetimes of experimenting with form, Lucia has reached the juncture where her being is formless. She now focuses her attention on how form manifests out of formlessness in order to aid those she mentors. She resides in a dance of flowing energy and invites you onto the magic carpet she rides.

As humans struggle to assimilate the balanced masculine/feminine energies of the New Paradigm in consciousness, Lucia models an all-encompassing energy field that weaves feminine and masculine energies together in a most unusual way. Never militant for one side or the other, always able to see both vantage points, she uses the resulting equilibrium to assist you in bringing internal balance between the two.

People trust Lucia. They sit in her presence and feel safe. She nurtures a sense of what it is to be starry-eyed and wonder-filled, a feeling that can only exist in the absence of fear.

For those seeking the dissolution of their ego, Lucia shares the knowledge she has gleaned via repeated incarnation and the dismantling of her own egoic processes in this lifetime. She communicates complex spiritual ideas in crystal-clear terms and uses the sacred voice—a voice that sooths but carries a punch—to help you navigate into dimensions in consciousness you’ve never experienced.

When you sit with Lucia, you enter a multi-fractaled field and, to whatever degree you are ready, willing, and able, you absorb the remembrance of your own Universality.