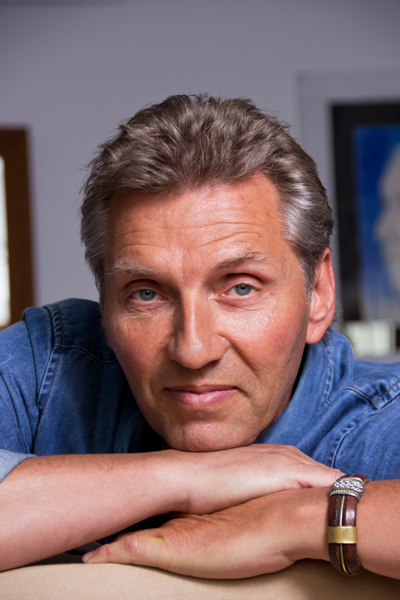 Ole Dammegård, awarded the Prague Peace Prize 2016, is an author, International speaker, former journalist and investigator, who has dedicated the last 30 years of his life to researching many of the global conspiracies. His main focus has been to find out the truth about the assassinations of JFK, the Swedish Prime minister Olof Palme, Robert Kennedy, Martin Luther King, John Lennon and Lady Di, plus the terror attacks of 911, Norway, Oklahoma City and many, many more. He is now considered a leading expert on false flag operations and is believed to have managed to expose and stop several planned massacres.

Over the past 30 years, Ole has discovered links between all of these assassinations, which has led him to believe that the same people were involved in both the JFK and Olof Palme murders, as well as many other major ‘events’. The same Global Elite seem to have used the same skilled mechanics for decades for doing their ‘dirty work’.

He has written the following books: ‘Coup d’etat in Slow Motion’ Part I and II / Statskupp i Slowmotion Del I och II, Shadow of Tears / Likt Tårar i ett Regn, The power book ‘Re-Mind Me’, the children’s book ‘Yolanda Yogapanda – Truth is One, Paths are Many’ and is currently working of the following title; ‘A Global Tour of Terror Part I and II, ‘The Elusive Enigma’ and the book ‘Guilty Victim’. He is also very busy with a series of documentaries aiming at exposing many of the false flag operations that are currently hitting modern society.

Ole has been among the key speakers at many International conferences, including outside the Bilderberg Meeting in 2014, and has had the privilege of being a special guest on hundreds of programs, such as Caravan to Midnight, USA, Buzzsaw, USA, The People’s Voice, UK, The Richie Allen Show, UK, Red Ice Creations (15 hours), Sweden/USA, Project Camelot, USA, Veritas Radio, USA, Anarchast Radio, Mexico, The Real Deal with Prof. Jim Fetzer, USA, No Lies Radio with Dr Kevin Barrett, USA, Super Woo Radio, Australia, Global Peace Radio, UK, Open Your Mind Radio, Ireland, Talk Radio Europe, Spain, Freedom Radio, Denmark, Freedom Reigns, Australian Phi in the Sky etc. He has also had articles published on prominent websites such as Veterans Today.